Love ETFs? Now You Can Share in Their Growth. 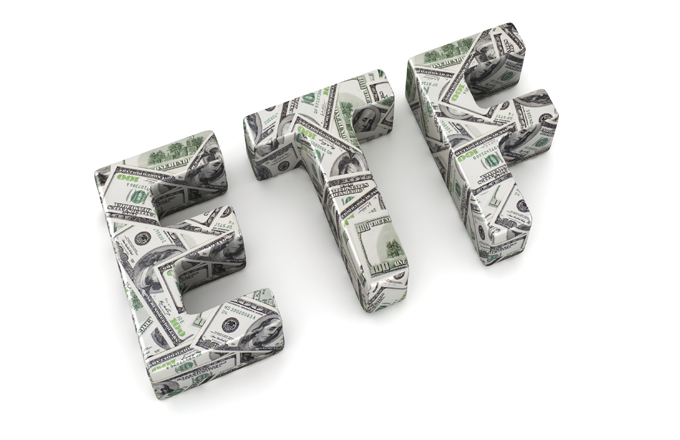 Exchange Traded Funds are the most successful financial product in at least a generation. According to the Investment Company Institute, assets invested in U.S.-listed ETFs grew from $2.4 billion twenty years ago to $2.5 trillion at the end of 2016, a growth rate of nearly 42% per annum. Even measured from 10 years ago, when ETFs were more widely promoted and had a much larger asset base of $423 billion, asset growth still equates to almost 20% per year (Figure 1).

The high growth rates for ETFs could continue for decades to comeDespite this rapid growth, ETFs are still dwarfed by mutual funds, which have about $16.3 trillion in assets, a market share of about 82% (Figure 2). This suggests that as long as investors’ preference for passively managed vehicles like ETFs remains in tact, their high growth rates could continue for decades to come.

Anyone who reads the financial press or watches business television has undoubtedly seen hundreds (thousands?) of ads from big ETF issuers like iShares and State Street. These are perhaps the most recognizable brands associated with the ETF industry, but in fact a whole ecosystem has risen around the industry, including index providers, exchanges, custodians and other service providers, and a few banks and brokers with particularly strong connections to the industry.

And now you can invest in these players via the new ETF Industry Exposure & Financial Services ETF (TETF). The fund has 37 constituents weighted on a tiered system tied the significance of ETFs in relation to each firm’s overall business. All of the current constituents are U.S. companies, but that may not always be the case.

Large-caps (>$10 billion) dominate at about 60% of the fund, but that still allows appreciable exposure to Mid-caps ($2-10 billion) of 28% and Small-caps (<$2 billion) at 12%. Not surprisingly Financials account for about 90% of the portfolio while Tech accounts for most of the rest.

The only “pure-play” on the ETF industry in the fund is probably WisdomTree Investments (WETF), but the tiered weighting system nonetheless ensures that the fund is genuinely tilted towards the growth of ETFs. Proof of that is in the fundamentals.

What really stands out about companies in TETF is the rapid growth of revenuesWhat really stands out about companies in the fund is the rapid growth in revenue in recent years. In a sluggish economy with low nominal GDP growth, revenue for firms in the S&P 500 (SPY, IVV) grew at only a 2.1% annual rate between 2012-17E, while firms in the Financial Sector SPDR (XLF) saw only 1.0% annual top-line growth (Figure 3). But firms in the ETF Industry fund grew sales an amazing 8.5% per annum, beating even the vaunted companies in the Technology Sector SPDR (XLK)!

On the earnings front, the growth rates where much closer at about seven and a half percent annually for TETF, XLF and XLK, but that’s attributable to the fact that the latter two enjoyed a bounce in margins as the global financial crisis faded into history. The firms in TETF, meanwhile, enjoyed high and persistent margins throughout the period (Figure 4). This suggests that when the next economic downturn arrives firms in the ETF industry may enjoy more insulation from margin pressures and therefore may see earnings hold up better. (The S&P 500 overall saw only 4.4% annual EPS growth between 2012-17E, thanks to the collapse in profits from the Energy sector).

Of course, investing is about the future, not the past. That means investors need to consider not only future earnings growth, but also valuations. Table 1 below lays out the current price-to-earnings ratios and long-term EPS growth figures for our four ETFs, based on consensus forecasts for the underlying constituents in each fund.

TETF has the highest P/E ratio, although it is broadly in line with both the S&P 500 and Technology. Meanwhile Financials have a much lower P/E ratio of course, but that’s typical of financial firms (i.e., firms using their balance sheet to make money, as opposed to operating firms like those in TETF, which may still be included in the Financial sector).

Admittedly, we here at AltaVista might be biased in favor of ETFs—in fact your humble analyst bought some shares of TETF for his own account last week—but there’s no doubt about the broad shift away from actively managed funds in favor of passive investments like ETFs. It is playing out all over the world and could continue for decades to come, and positioning one’s portfolio accordingly is what thematic investing is all about.

What do you think? Would you invest in the ETF industry?

ETFs for an Infrastructure Surge
March 14, 2017