You are here:
May 4, 2017Leave a commentEurope, Fund FlowsBy Michael Krause 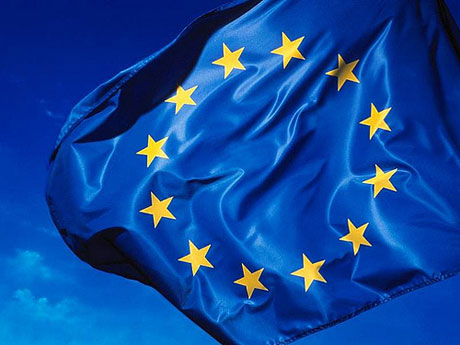 Flows into Exchange Traded Funds slowed in April to a still-robust $35.7 billion, down from $48.8 billion in March, a decline of about 27%. However, stripping out the effect of short positions money flows into net long positions were down about 17%, from $41.1 billion in March to $34.1 billion in April.

“We think it would be a mistake for investors to follow the crowd into E.U. stocks”Of these amounts, equities saw net long inflows of $24.2 billion while fixed income ETFs took in about $10.1 billion. As a percentage of assets that’s a bigger haul for fixed income, amounting to an increase of 2.1% compared with 1.2% for equities.  Emerging Markets continued to see an overallocation of assets as they have for several months (meaning inflows amounted to 2.1% of starting assets, compared to 1.0% for developed market stocks).

However the real headline from the April money flow data was that within developed markets investors piled into E.U. stocks. Overall allocation of new money to E.U. stocks amounted to an outsized 3.1% of assets, compared with 1.5% for Japan and 0.7% for the U.S. (Figure 1).

No doubt some of this was performance chasing, as E.U. markets rallied hard following results from the first round of French elections in which Marine Le Pen and Emmanuel Macron advanced to the run off, to be held this Sunday. Polls see the pro-E.U. Mr. Macron as the heavy favorite, so conventional wisdom has it that this avoids the threat of “Frexit” that would arise should Ms. Le Pen win the French presidency.

Be that as it may, continuation of the status quo hardly means smooth sailing for E.U. economies. We think it would be a mistake for investors to follow the crowd into E.U.-member country stocks, as most markets are richly valued in light of mediocre-at-best fundamentals. (Though still part of the E.U., we’ll exclude British shares from this discussion since whatever issues they encounter on the road to formal withdrawal will likely be unique to them).

The ALTAR Score™—our measure of an ETF’s overall investment merit based on fundamentals and valuations of each underlying constituent—shows that most E.U. markets rate lower than the S&P 500. Figure 2 shows the ALTAR Score™ for select E.U. countries along with ticker symbols for the ETFs best used to access each one.

The only markets with significantly higher ALTAR Scores™ than the U.S. can be accessed via the Global X MSCI Greece (GREK) and Norway (NORW) ETFs; and the iShares MSCI Germany ETF (EWG). Greece is probably the riskiest of the three, being a turnaround situation trading a “prove-it-to-me” multiple of just 0.4x book value. But if companies there can ultimately return to normal levels of profitability in a stable European Union, stocks prices appear to have plenty of upside.