Where Have All The Short Sellers Gone? 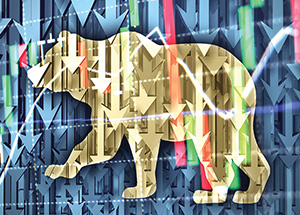 ETFs have long been a favorite vehicle for short sellers, not only because they are easy to borrow—market makers can always create more shares when demand is sufficient—but also because they allow investors to easily express a negative view on a particular asset class or sector without taking on single-stock risk.

But short interest in many ETFs has been declining for more than a year. The poster child for this trend is the S&P 500 SPDR (SPY), where short interest has declined by half, from 38% to 19% over the past 15 months. (Figure 1). The decline seems to be particularly pronounced since the election.

The rise in short interest among bond funds, albeit still at low levels, makes perfect sense to us in light of expectations for rising interest rates as the new year rolls on (rising interest rates cause bond prices to fall, so short sellers stand to make money in such a scenario). The decline in short selling among domestic equities is more troubling, though certainly understandable as a reaction to the strength and endurance of the bull market. Some short sellers are simply throwing in the towel.

Our concern is that, like the extraordinarily low levels of volatility in recent months (related ETP: iPath S&P 500 VIX Short-Term Futures ETN (VXX)), the drop in short interest reflects an unhealthy lack of skepticism about U.S. equities. That doesn’t mean the bull market is about to end of course, but with bears being chased out of the market the eventual correction is likely to be that much more jarring.

What do you think? Are there any areas of the market that are ripe for shorting?