These 3 China ETFs are Oversold and Undervalued

You are here:
May 14, 2019Leave a commentEmerging Markets, FundamentalsBy Michael Krause 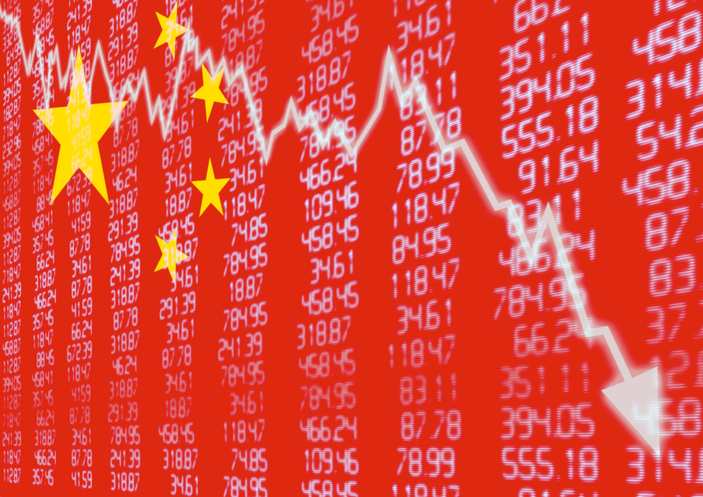 In little over a week since President Trump’s tweet announcing tariffs on many Chinese goods would rise from 10% to 25%, the 28 Chinese equity funds in our database have lost an average of 10.4%, which is more than double the drop in the S&P 500 SPDR (SPY) since then. Many of the Chinese ETFs are also considered oversold, with Relative Strength Indicators (RSI) of below 30.

Traders are right to worry about the fallout from a trade war between the U.S. and China. The damage to corporate profits—whether severe or barely noticeable—is unknowable. This uncertainty is rightly being reflected in stock prices. But it is also likely that there are bargains among the wreckage, and investors might be able to pick up solid companies at a discount.

To find them, we used our Fund Screener to scan for Chinese equity ETFs that were oversold, with recommendations of Overweight or above, based on our value-driven ALTAR Score™ ratings.

Crucially, we also screened for funds with limited exposure to the Financials and Real Estate sectors, which narrowed the list substantially since the Chinese market is heavily populated with these. These could be undervalued too, but they’ve long traded at very large discounts to their U.S. counterparts since the market has less confidence in the balance sheets of these sectors.

Here are the three ETFs that made the cut:

Global X MSCI China Industrials ETF (CHII). Industrials are typically very economically sensitive, and these companies likely offer little respite from a trade war. Rather, the potential upside here comes from valuations, which appear to be pricing in a severe downturn. Specifically, these stocks have a P/E ratio of just 7.9x forward earnings estimates, cheaper than at any other point in the past 5 years (Figure 1). They also trade at a roughly 10% discount to book value. Finally, dividends appear safe with a payout ratio (dividends per share divided by EPS) of just 27%, so investors can pick up yield of about 3.4% (on the fund’s underlying holdings) while they wait for more typical valuations to return.

First Trust China AlphaDEX ETF (FCA). This fund offers broad exposure to Chinese equities, with a focus on mid-cap stocks (US$2–$10 billion). This means that unlike more widely held funds such as the iShares China Large-Cap ETF (FXI), it has limited exposure to Financials. The sector represents 9% of FCA versus a whopping 46% for FXI.

FCA is a “Smart Beta” fund that selects constituents based on both growth and value considerations. That’s no guarantee of any immunity from trade wars, but these companies are do offer some stunningly cheap valuations, including a forward price-to-cash flow multiple of just 2.9x. As a former mentor once put it to me, “It doesn’t matter if it’s a bicycle repair shop. At three times cash flow, you buy it!”

We’ll be a little less cavalier and acknowledge that cash flow estimates could be inflated, resulting in artificially low multiples. But even if a trade war results in a severe downturn in profits among these companies, current valuations seem to suggest these firms’ very survival is in question. We doubt that is the case.

KraneShares MSCI China Environment ETF (KGRN). We think that the “green” focus of companies in this fund may offer some respite from trade wars since much of their fortunes are tied to the secular growth of environmentally focused spending, including Chinese domestic infrastructure. And these firms are growing much faster than Chinese companies as a whole.

All three of these ETFs seem to be flying under the radar, judging by the size of their assets under management. But as investors flee more high-profile Chinese equities like those in larger ETFs, opportunity awaits those willing to stand out from the crowds.