Why Stocks Can Cope with Higher Rates

You are here:
February 9, 2018Leave a commentEarningsBy Michael Krause 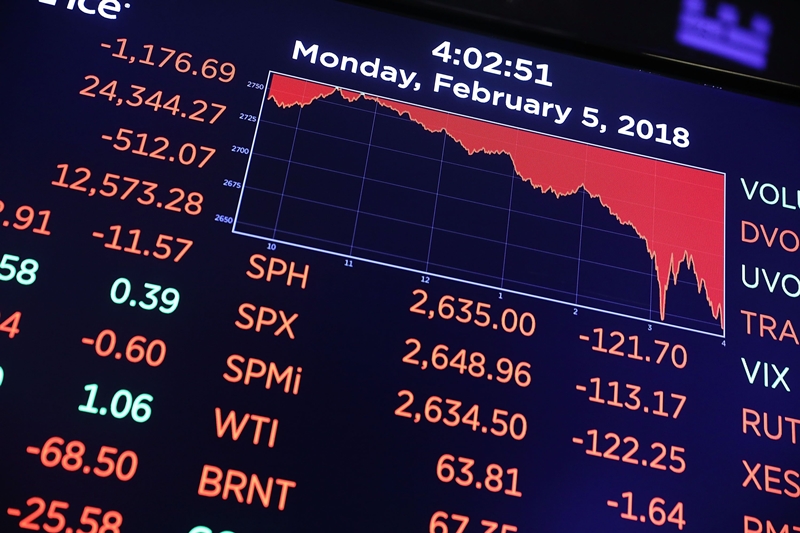 Stocks are down dramatically so far this month, and major index-tracking ETFs such as the S&P 500 SPDR (SPY) and SPDR Dow Jones Industrial Average (DIA) dipped into correction territory, traditionally defined as a decline of 10% or more from the recent highs. The culprit is the recent spike in interest rates.

Ten-year US Treasuries have risen to 2.85%, their highest point in four years (Figure 1), thanks primarily to the strong U.S. economy, where low unemployment and rising wages signal the possible return of inflation. Add to this news that the federal deficit is pushing towards $1 trillion for fiscal 2018, up from $666 in fiscal 2017, and it is no wonder that interest rates are up!

Before we discuss this factor, let’s briefly review why higher interest rates are so detrimental to stock prices. Recall one of the most fundamental equations to stock valuation:

where D is the annual dividend, r is a discount rate and g is the growth rate of dividends. P is the stock price that results from the interplay between the other three variables and is supposed to reflect a stock’s “intrinsic value.” As a practical tool the Dividend Discount Model has its shortcomings but bear with us a moment; the theory is what’s important here.

Both the discount rate r and the growth rate g are expressed as percentages, with typically only a few percentage points between them. Whatever that number is, because it is always less than one it has the effect of multiplying the numerator, D.

That sensitivity to small changes in  hard-to-estimate values for r and g is one reason the Dividend Discount Model isn’t always useful as a practical valuation tool, but it also helps explain why the market is having such difficulty pricing stocks for higher interest rates.

For our purposes, long-term earnings growth is a reasonable proxy for long term dividend growth, since earnings are what support dividend payments and since the payout ratio for the S&P 500 has remained in the low- to mid-thirties for nearly two decades (except during recessions when the payout ratio increases because earnings are depressed.).

We should acknowledge that the level of the consensus forecast for long term growth is almost certainly too optimistic; since 1950 the actual growth rate for earnings has been 6.5% annually. Nonetheless the direction and change in forecasts produced by thousands of sell-side analysts is significant, particularly the spike following passage of tax reform. It signals that the folks who follow companies most closely—as well as the managements who often feed forecasts to those analysts—believe that long-term growth opportunities have increased by more than 100bp per year. And that’s huge.

DDM suggests faster long term EPS growth more than offsets higher interest rates so farOver that same time frame, the yield on 10-year Treasuries has risen approximately 70bp. This suggests that the r–g term in the Dividend Discount Model has become smaller, which implies that dividends deserve a higher multiple, not the reduced figure that markets are struggling to settle upon.

Obviously, models such as this represent only one view of how stocks should be valued, and investors are attempting to evaluate a lot of moving parts. But at least in theory stocks should take higher interest rates in stride if the reason for those higher rates is faster growth. In this case, we are talking not just about faster GDP growth for a few quarters, but faster earnings growth for the long term.

What do you think? Is faster EPS growth enough to offset higher interest rates?